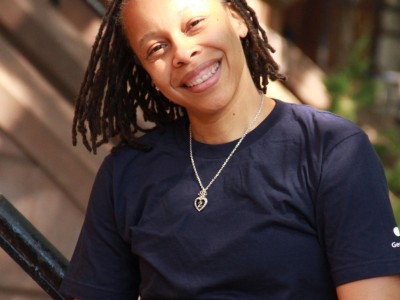 ZAKIYYAH  joined the steering committee in 2011.  She is an IT professional and Cell Phone entrepreneur.  Her goal is to provide more visibility for KTGC.

In addition to serving on the steering committee of KTGC she was co producer of Butters Papi. Butters Papi is a queer people of color production company whose goal is to support, promote and increase the visibility of queer and trans artists of color.

When she is not on a computer or conducting a conference call she is running the streets of New York preparing for her next half marathon.