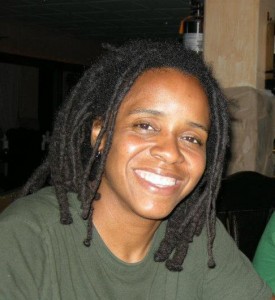 Film Anthology “Skinfolk” by M Asli Dukan – Grant Amount: $1000 - M. Asli Dukan is a writer, producer and director from New York City. She graduated from The City University of New York with a Master of Fine Arts degree in Media and Communication Arts. In 1999, she received the best editing award for her thesis film: Sleeping on a Train in Motion.  In 2000, M. Asli Dukan founded Mizan Media Productions, a micro digital media and marketing company that specializes in producing low budget, high quality HD speculative fiction films from the perspective of the African Diaspora, music videos and EPKs for emerging artists, bands and arts organizations. View her past works here:  http://www.mizanmedia.com/MMP/Reel.html   Her media works have screened at the Blowin Up A Spot Film Festival in Texas, Citivisions in New York, the Imagenation Film & Music Festival in New York, and the Black to the Future Science Fiction Festival in Seattle. 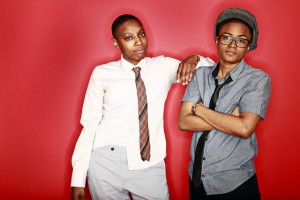 bklyn boi hood – Grant Amount: $1500 - bklyn boihood is a collective that creates visibility and builds community within masculine of center* bois, lesbians, queers, trans-identified, studs, doms, butches and AGs of color through online media, events, workshops and collaborative projects. bklyn boihood builds bridges of self-love, community awareness and personal enhancement from their basement in Bed Stuy across the world. Crossing the barriers of gender.race.class.age.sexual preference, our goal is to contribute to the creation of a healthy, safe, fun and engaging community for m.o.cs of color. Using art, performance, networking and capacity-building we are committed to shining light into the incredible lives of AGs/studs/bois/doms/butches and our allies. For more on their work go to:  http://www.bklnboihood.com

Sorry, no Tweets were found.